This weekend saw the Chain Reaction Cycles Big Italian Bike Ride take place, a cycling sportive in celebration of the Giro d’Italia coming to Northern Ireland, and Action Mental Health played a big role as one of the chosen charities for the event. 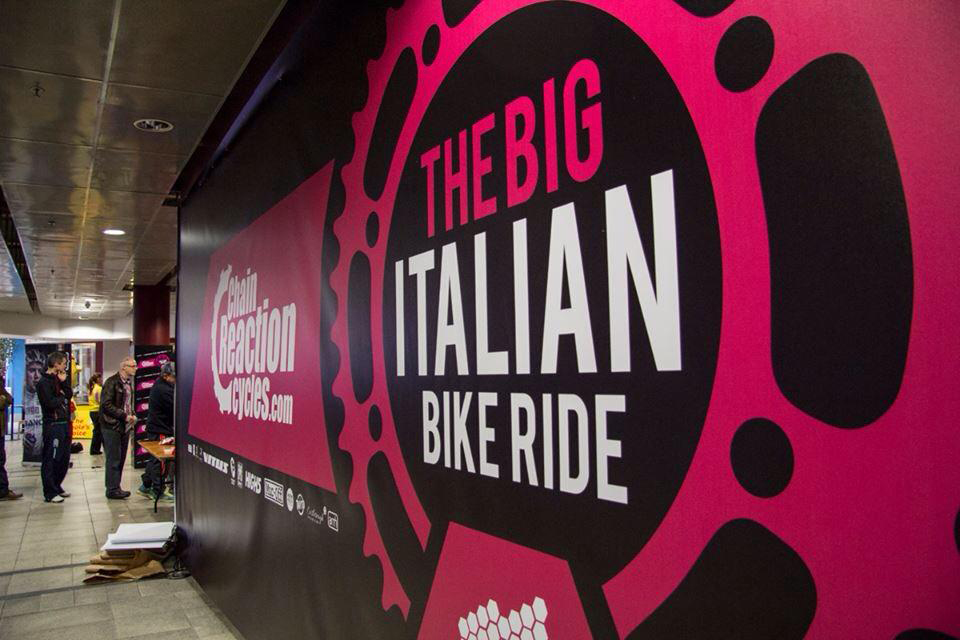 The race took in some parts of the Grand Depart route, as well as some of the most iconic landscapes in Northern Ireland and some 1,400 cyclists took part! 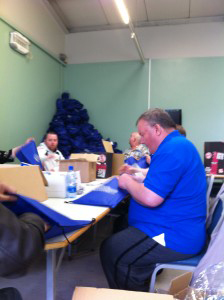 AMH staff, clients and volunteers worked their socks off in preparation for the event, packing goodie bags, sorting registration packs and working at the Pizza Party in the Odyssey Belfast on Saturday evening, where riders came to register and avail of Q&A sessions with event nutrition and performance partners. 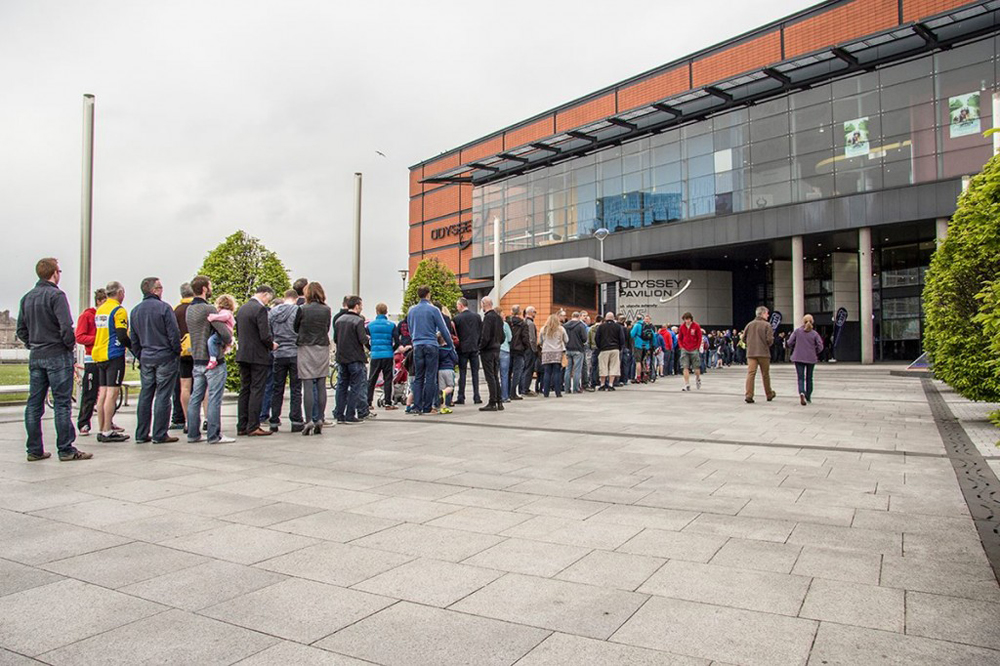 It was an early start on Sunday morning (pre-6am!) for route marshals, feed station operators and organisers, as cyclists prepared to take on the 3 challenges on offer –

Corto (87km) including a section of coast road and coast road run in through Blah Hole and Carrickfergus.

Medio (135km,) including the descent of Munie Road down into Glenarm and the coast road, plus Blah Hole and Carrick.

Gran Fondo (225km) taking in all the highlights of the North Coast including Giant’s Causeway, Carrick-a-Rede rope bridge, Dunluce Castle, then the climb from Ballycastle (this will be the first Gran Premio della Montagna (GPM) point of the Giro – (Giro King of the Mountains equivalent). Cushendall and then all the length of the coast road through Glenarm, Blah Hole climb at Whitehead (second GPM point), Carrickfergus Castle and back to Belfast. 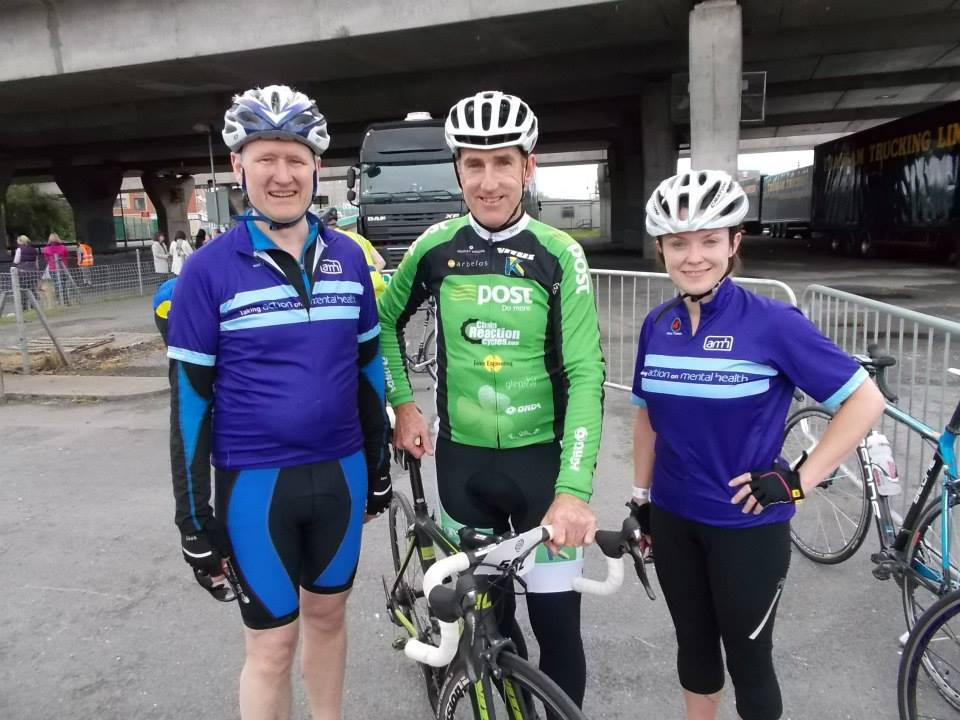 Team AMH cycled the route too, including our very own CEO David Babington, Joanna Miskelly and Gavin McConvey, joined by, among others, cycling legend Sean Kelly –  a former professional road bicycle racer and one of the most successful road cyclists of the 1980s. 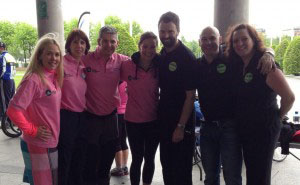 After the challenge, North Down Physios and Active Health Solutions donated proceeds from the post-event sports massages, raising £782 for the nominated charities!

More images are available on our Facebook page here and race photos are now online at www.industryimage.com/bibr-2014

Photographs are being uploaded by Warren McConnaghie and split into folders for each of the three routes. A percentage from the sale of photographs is kindly being donated by Warren and split between AMH and the other charity partner Marie Curie.

The event also got great feedback from participants on social media:

Peter Disney
“Just like to thank @Chain__Reaction PIONEER GROUP and @amhNI for today. Had a great at the Big Italian bike ride today. #BIBR”

James Calwell
“#BIBR fantastically organised event. Wouldn’t it be brilliant if this sportive could be organised every year. Creating a N.I. @Giro legacy!”

Great event yesterday folks. Did the corto and thoroughly enjoyed it. Well done all round. Made a few quid for AMH in the process.

Massive thanks to Chain Reaction Cycles for an awesome day yesterday and to everyone who worked along with them to make it possible, the day was expertly organised from start to finish. Special thanks to all those who manned the feed stations and those who helped out along the roads. Thanks again for a brilliant day.

Thanks to all of the team who put this together. Very slick operation, registration, food stops, marshals. All good, no mean feat dealing with1500 riders.

Huge thanks go to everyone who helped out before and during the 2 days to make the event such a success! 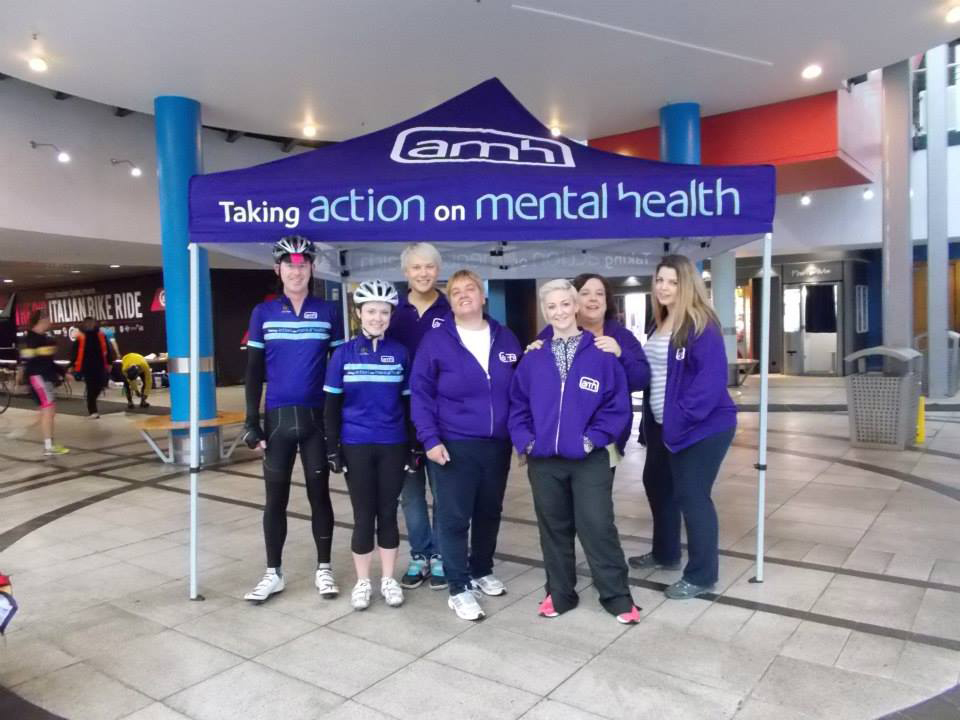