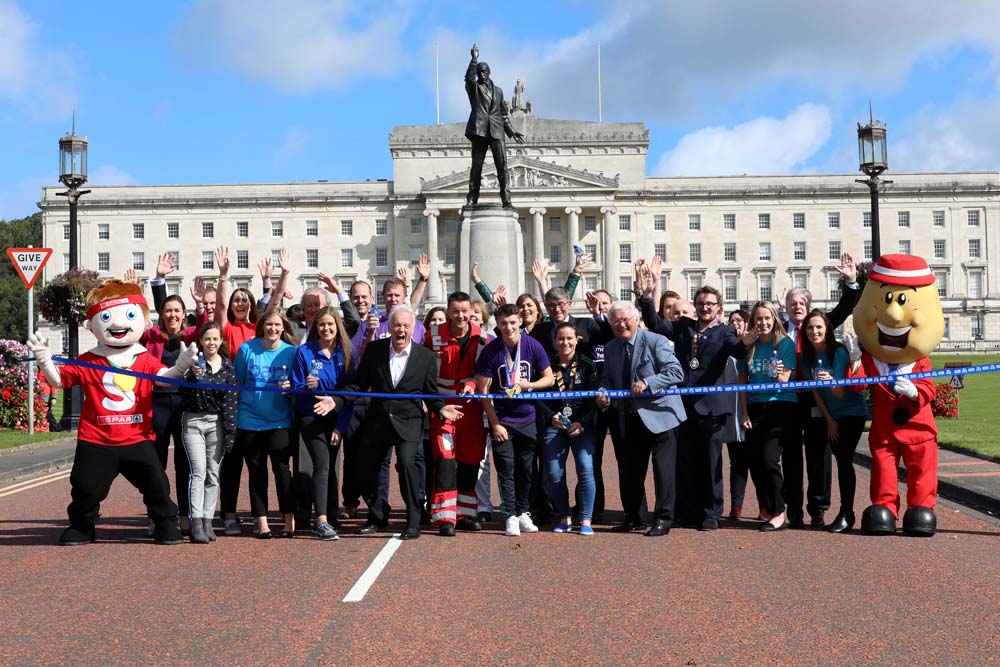 Action Mental Health is delighted to announce its selection as one of the five nominated charities for the Deep River Rock Belfast City Marathon 2019.

Chief Executive David Babington said to be chosen alongside four other leading charities is not only a privilege but also a wonderful opportunity to raise both the profile of Action Mental Health and funds for our wide-reaching work in the community.

“We at Action Mental Health are delighted to have been selected as one of the five official charities – all of which are causes that will be close to the hearts of many people across Northern Ireland.

“We hope that runners, walkers and wheelchair athletes thinking of fundraising, as they enter the marathon, will choose Action Mental Health as their chosen charity. Every penny raised will be used here in Northern Ireland, to help deliver our vital services.”

The charity is also proud to announce as its event ambassador, Northern Ireland’s most successful gymnast ever, 2018 Commonwealth gold medallist, Rhys McClenaghan, who is fresh from his win in the 2018 European Men’s Artistic Gymnastics Championships.

Fundraising and Communications Manager Jonathan Smyth said: “The money raised by the Deep River Rock Belfast City Marathon in 2019 will go towards supporting the wide range of services we offer, all with the aim of promoting better mental health and resilience, from school children, onwards.

“We have an exciting campaign to complement our participation in the marathon so watch this space… all will be revealed soon.”