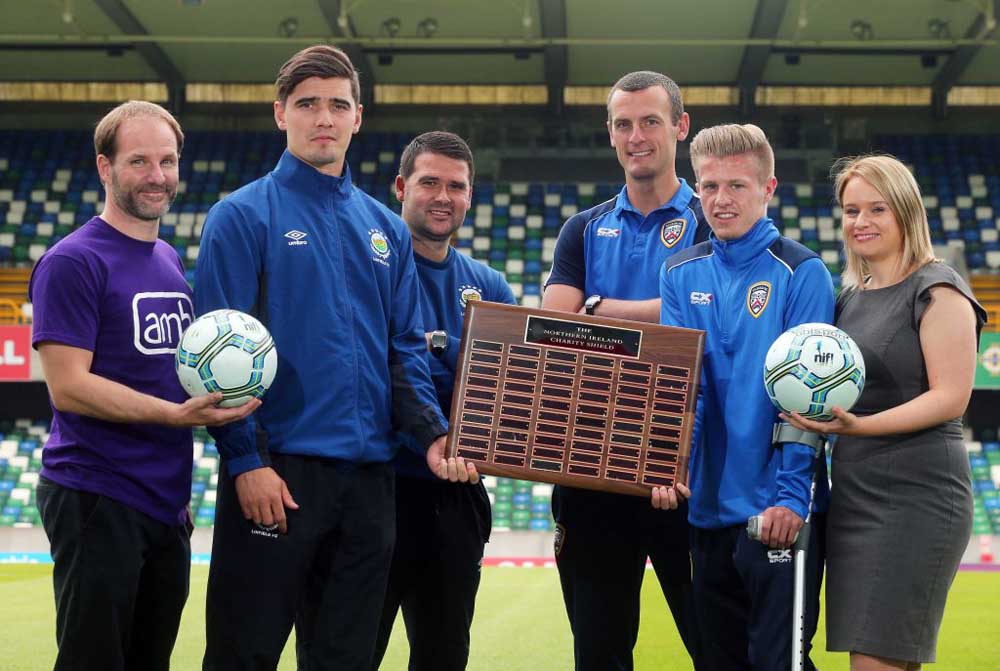 Action Mental Health is delighted to be the nominated beneficiary for this year’s Charity Shield.

The game at the Oval, Belfast, will benefit Action Mental Health as the nominated charity of NIFL sponsor Danske Bank.

Linfield and Coleraine will be hoping to commence the season in a positive fashion in advance of their opening Danske Bank Premiership fixtures on Saturday, 12 August 2017.

David Babington, AMH Chief Executive said, “Events such as the Charity Shield are of vital importance in raising awareness of mental health in Northern Ireland and the gesture from players, clubs and supporters is greatly appreciated throughout our organisation.”

Andrew Johnston, NIFL Managing Director, is delighted that Action Mental Health will benefit from gate receipts generated from the game. He said: “To be able to support such a fantastic charity as Action Mental Health is very important for the NIFL. This game will not only be a success on the pitch as both Linfield and Coleraine will want to put in a good performance ahead of the Danske Bank Premiership kick off a week later, but off the pitch the match should raise many thousands of pounds for AMH.  We are delighted to be able to raise awareness of mental health and the issues it presents, especially within football, and for the NIFL to be able to raise so much money for charity just shows how worthwhile this match is for everyone involved.”

Our thanks goes to everyone involved and best of luck to both teams!