Read Between the Lines – Sold Out!! 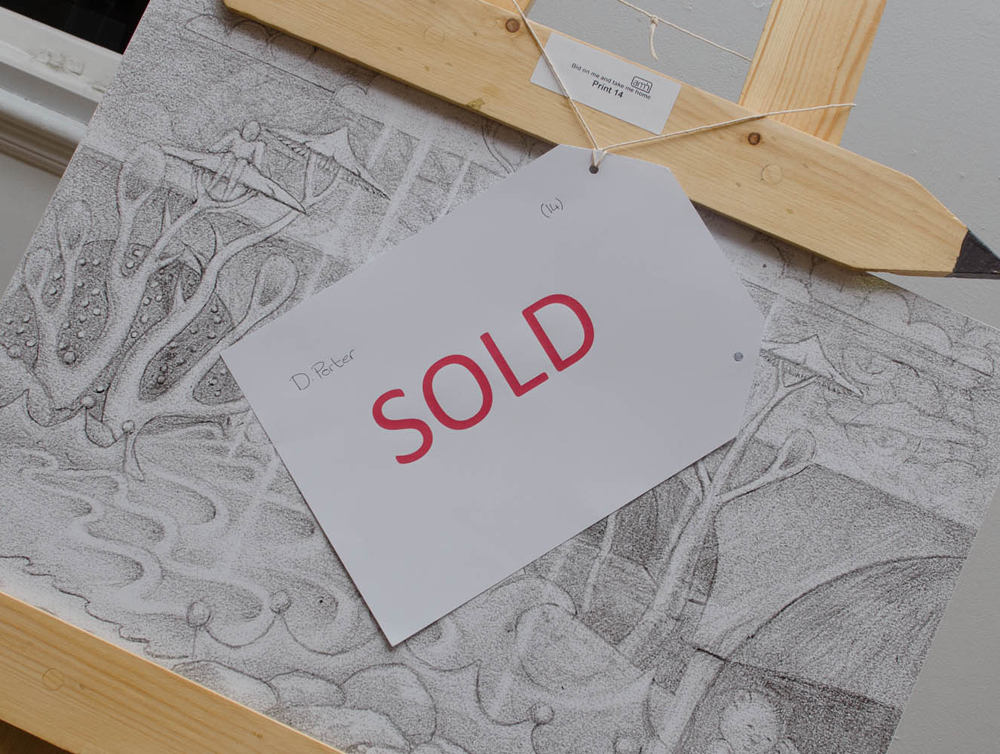 The auction of ‘Read Between the Lines’ by artist Pat Ross in association with AMH New Horizons Foyle took place on Friday night in the Playhouse, Derry after a year-long tour around Northern Ireland.

Read Between the Lines” was launched in The Play House on Friday 10th October 2014. The exhibition went on tour and was displayed in a host of different venues across Northern Ireland including Magee University, Belfast International Airport, Belfast City Hall, Libraries NI, Northern Ireland Assembly, The Guildhall-Derry and many more.  Throughout the tour, one question was continually asked; Where can we buy a copy? Are they for sale? Well on Friday the public got their chance and all the prints were sold.   At the start of the year Pat stated that he wanted the prints to be sold with all the monies raised coming directly to Action Mental Health and so far almost £700 has been raised! Thank you to everyone who has been involved, and special thanks and good luck to the very talented Pat Ross!