“Read Between the Lines”

A lived experience of schizophrenia 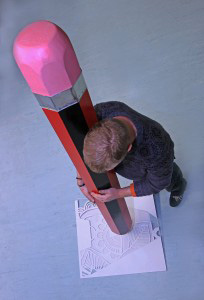 Pat Ross, in association with Action Mental Health, is embarking on an exciting year which began on World Mental Health Day with the launch of his art exhibition, “Read Between the Lines”, in The Play House Derry. The exhibition will go on tour to be displayed in a host of different venues across Northern Ireland including Magee University, Belfast International Airport, Belfast City Hall, Libraries NI, Parliament Buildings Stormont , The Guildhall Derry and many more .

In Pat’s words this is about “taking the bogey man out of schizophrenia.”

Pat gives us, the audience, an insight into his experience of living with schizophrenia. Pat’s work is courageously honest and thought provoking. Pat would consider the realisation of this body of work a success if it could go some way towards giving hope to others, be they relatives, carers or individuals new to the sometimes frightening and confusing world of schizophrenia.

Pat (49) moved from Scotland to Derry when he was five. His family lived in Chamberlain Street in the grip of The Troubles. In his own words, Pat would describe his experiences of growing up in Derry as being no different to that of any other child at that time, however the onset of his illness later in adult life would present many difficulties both for him and those closest to him.

He spoke about his personal experiences of coping with Schizophrenia.

“When I was ill words completely failed me. I couldn’t capture how I was feeling and could only communicate it through my art which helped relieve my feelings during my illness.”

“It has taken me pages and pages to try and describe one draining experience and the thoughts and feelings it evokes in my head. It is freeing to get them down on paper. Even in the depths of my illness I would get a good buzz after drawing.” 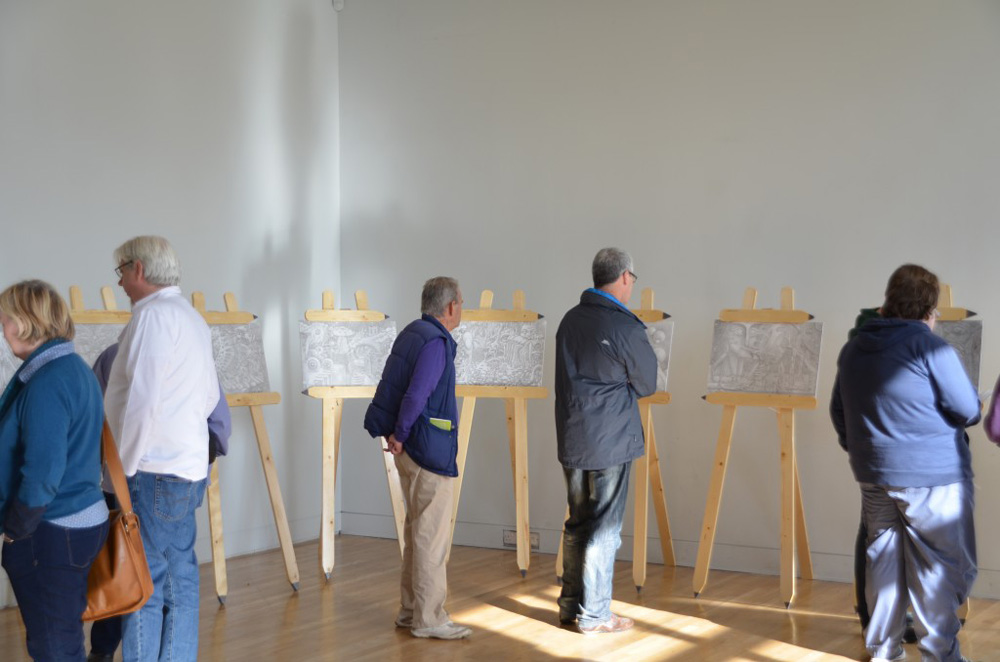 Mickie Harkin Service Manager of AMH New Horizons Foyle, summarised the exhibition as a once in a lifetime opportunity to view a body of work that is so personal and expertly drawn;

“These pieces would not look out of place in any art gallery anywhere in the world. Pat has done what others struggled to do – he has taken the not so often talked about illness and through his art, he has allowed us to visually understand his lived experience of a range of different psychological symptoms.”

“Action Mental Health is very aware of the challenges and stigma which surround mental health. We are constantly lobbying, researching and campaigning to educate and empower people. We see this opportunity with Pat to be a very natural and positive partnership and are as excited and determined as Pat to ensure the public get to see that there is hope, as illustrated clearly in the exhibition.”

The exhibition will be in the Playhouse until 18th October, it will then go to Magee University and from there to the International Airport. Other venues such as Parliament Buildings and Belfast City Hall are being finalised and the tour will end this time next year in the Guild Hall Derry. For all the latest details follow us on twitter and facebook @amhNI.