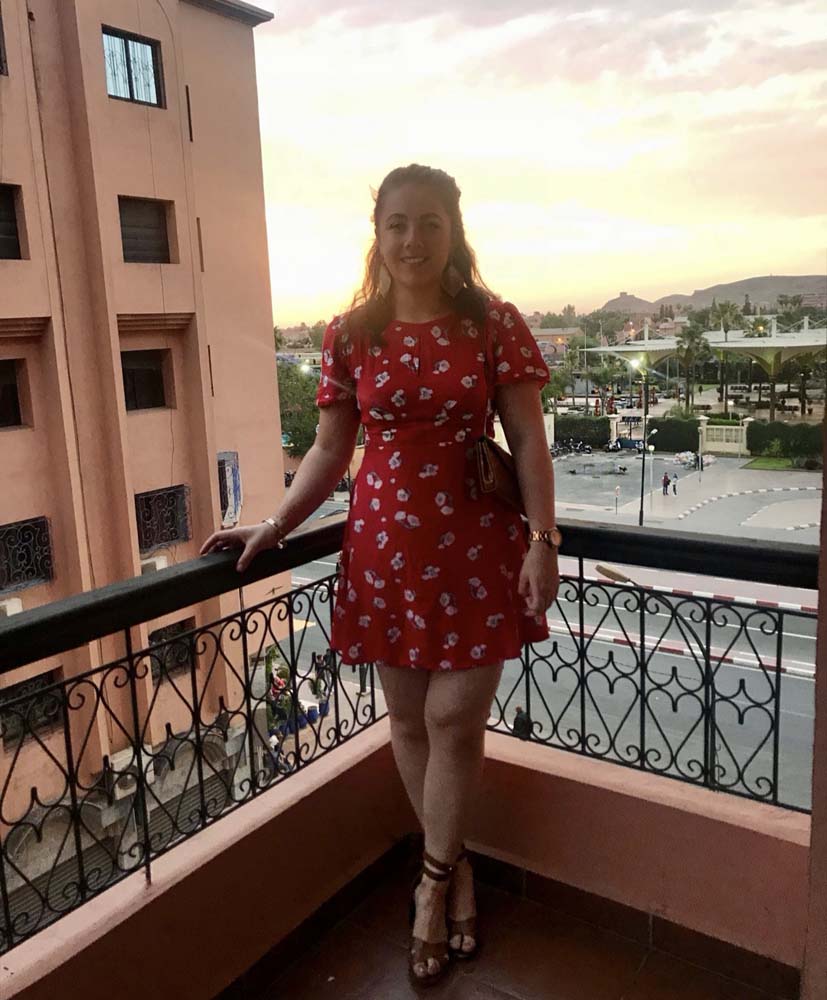 The first runner to sign up to don Action Mental Health’s purple jersey for this weekend’s Deep RiverRock Belfast City Half Marathon was barely able to run the length of herself not so long ago.

But now 22-year old software engineer Tanya Matthews is limbering up in her final preparations for Sunday’s  13.1m run – and she’s even signed up to run the new-route full marathon next May!

Tanya explains her motivation for signing up: “September 2017, I was very unfit and barely able to run 5km without taking multiple breaks. Flash forward to May 2018 and I began to enjoy running and was able to run 5km in a reasonable time, and even tackled a 10km – which is a big achievement for me.

“Being the foolish person that I am I decided I would set a bigger target: the Deep RiverRock Belfast City Half Marathon in September. In my lead up to this I was able to complete a half in 2 hours and that’s when I started dabbling with the idea of a full marathon? Sure I’m half way there aren’t I?”

The new running enthusiast also explained why she selected Action Mental Health as her beneficiary to all her effort.

“Why Action Mental Health? Because so many, if not all of us will encounter or have dealt with some type of mental health issue in our lifetime.”

The survey found that a quarter of young people think they put too much pressure on themselves to achieve success, while a substantial 33% reported they always or often feel hopeless.

“I would be lying if I said I haven’t found myself in one of these categories above, and I’m sure anyone reading this will feel the same. By being open, and expressing to others that we’re not okay whether it is asking for help or having a chat with a trusted friend you’re taking a massive step.

“Supporting Action Mental Health, who provide invaluable services across Northern Ireland, help so many people in our wee country is one step we can take to help those around us.”

If you would like to support Tanya’s efforts and raise funds for Action Mental Health please visit here page  https://www.justgiving.com/fundraising/tanya-matthews-marathon.