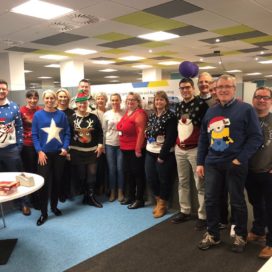 This festive season, Action Mental Health is ‘Lighting Up Christmas’ – shining a light on mental health in Northern Ireland, and on what YOU can do to help us raise 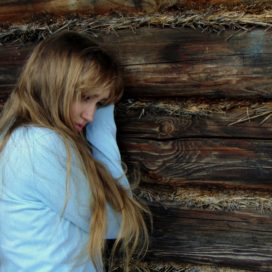 Anti-Bullying week – change starts with everyone…

As the scourge of bullying comes into sharp focus this week, Action Mental Health has a number of resources to help children, young people and their parents negotiate the distressing 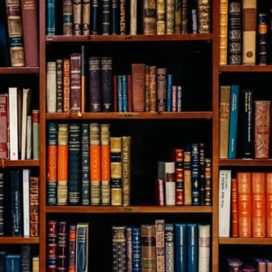 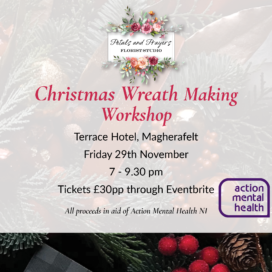 Wreath-making craft and craic in aid of Action Mental Health

With the festive season knocking on autumn’s door, people are being invited to learn the skills of traditional Christmas wreath-making, in an evening workshop in aid of Action Mental Health. 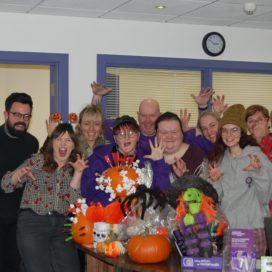 Halloween celebrations at New Horizons Antrim had clients guessing the weight of a mighty pumpkin for a chance to win a boo-tifully haunted hamper, in day of ghoulish fun and

A project administrator who has spent 15 years contributing to the success of Action Mental Health has been rewarded for her loyalty to the charity. Liz Wright, who works at 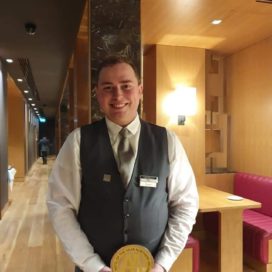 Alex providing a 5 Star service at the Fitzwilliam Hotel!

Alex started with AMH New Horizons in Antrim in 2017 participating in the EVOLVE project, which focuses on working with 18 – 25 year olds and developing their social and 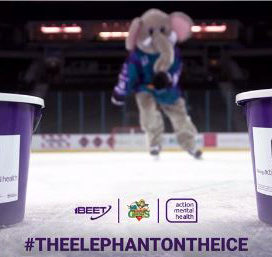 Action Mental Health were raising awareness among fans at the Belfast Giants game against Manchester Storm on Sunday. Alongside the Odyssey Trust we also produced a short film and commissioned