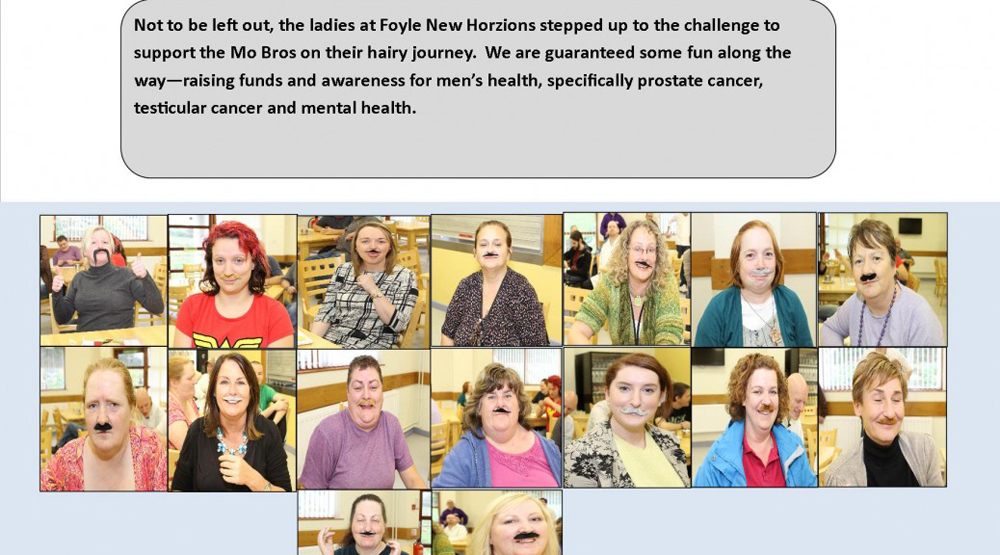 Movember is the largest global men’s health charity with campaigns in 21 countries. The message asks men (known as Mo Bros, supported by female Mo Sistas)) to grow a moustache for the 30 days of November to raise awareness and funds for men’s health.

Originally campaigning to raise awareness and funds for Prostate Cancer, In the UK they have just announced their third funded program area – a commitment to invest £2.5million in men’s mental health initiatives.

Mental health issues clearly affect both men and woman but when you look at it from a male perspective the statistics are quite shocking. Movember 2015 will be applying a male lens on men’s mental health issues, with the aim of being better able to support men in seeking help and treatment earlier.

Teams of Mo Bros and Mo Sistas will take part in services and projects across AMH in Northern Ireland. including the Mo Sistas (below) supporting their male colleagues in our New Horizons service, Foyle! 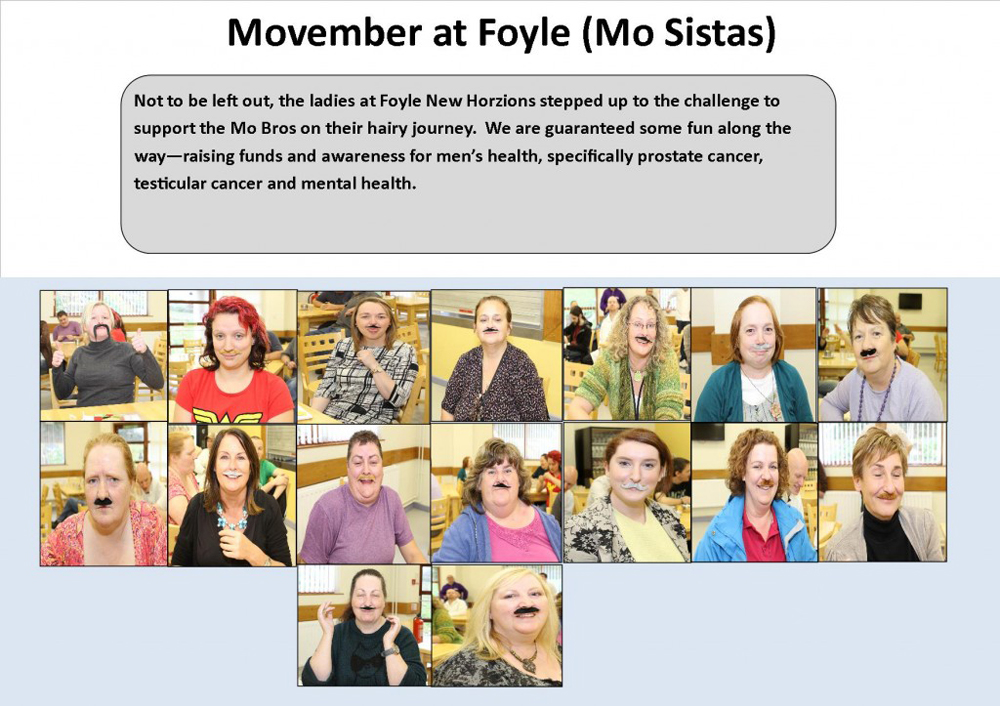 You can support Team AMH at http://moteam.co/team-amh-movember or get involved yourself at www.movember.com